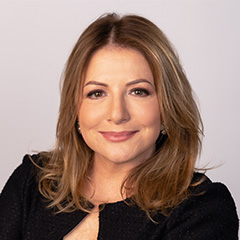 Raised in New York City and a graduate of SUNY Buffalo, Samantha moved to California in 1989 and landed her first job as an advertising exec at MPI Marketing. From there she went to CBL Medical, where she was hired as Senior Marketing Associate, which, as she later described it, was basically "taking lawyers out to lunch." But more than anything, her time at CBL made it clear to her that there was a need for a new kind of doctors' referral service, and it was from this need that Doctors on Liens was born. Over the next twenty years, Samantha refined and perfected a business model that she practically invented. But despite all her successes, Samantha continues to run Doctors on Liens with the same excitement and enthusiasm that she had on the day she signed her very first doctor... who is still a proud member of Doctors on Liens thirty years later! 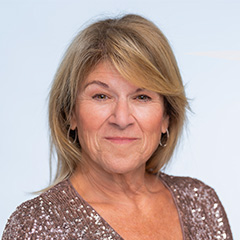 Geri received her BA in Psychology from the University of California, Los Angeles. Her first experience in marketing / advertising was with Gallup and Robinson, Inc. in Princeton, New Jersey in 1983. She was with the company for several years, working her way up from receptionist to purchasing advertising spots for print, television and radio. She really enjoyed working in this industry and when she and her husband moved to Ann Arbor, Michigan, she was pleased to find a similar role at Buckheim and Roland, Inc. She continued this career for several more years until her first child was born. In 1997, Geri and Pete and three little Dittos were fortunate enough to move back to California and she started at Doctors on Liens that very same year. She truly enjoys her position with Doctors on Liens and plans to be with them forever.


First, make sure that you meet all of our criteria as we are very particular about the doctors we accept. There are other services that are less discriminating, but our doctors get consistently better results because of our high standards. To enquire about starting the screening process, call 855-DOC-LIENS.

We only take one doctor from each geographical area, so you may be placed on a waiting list. Sometimes we can place you in a matter of months, but in more geographically desirable locations we've had doctors wait for years to join our service. Please ask about your location.